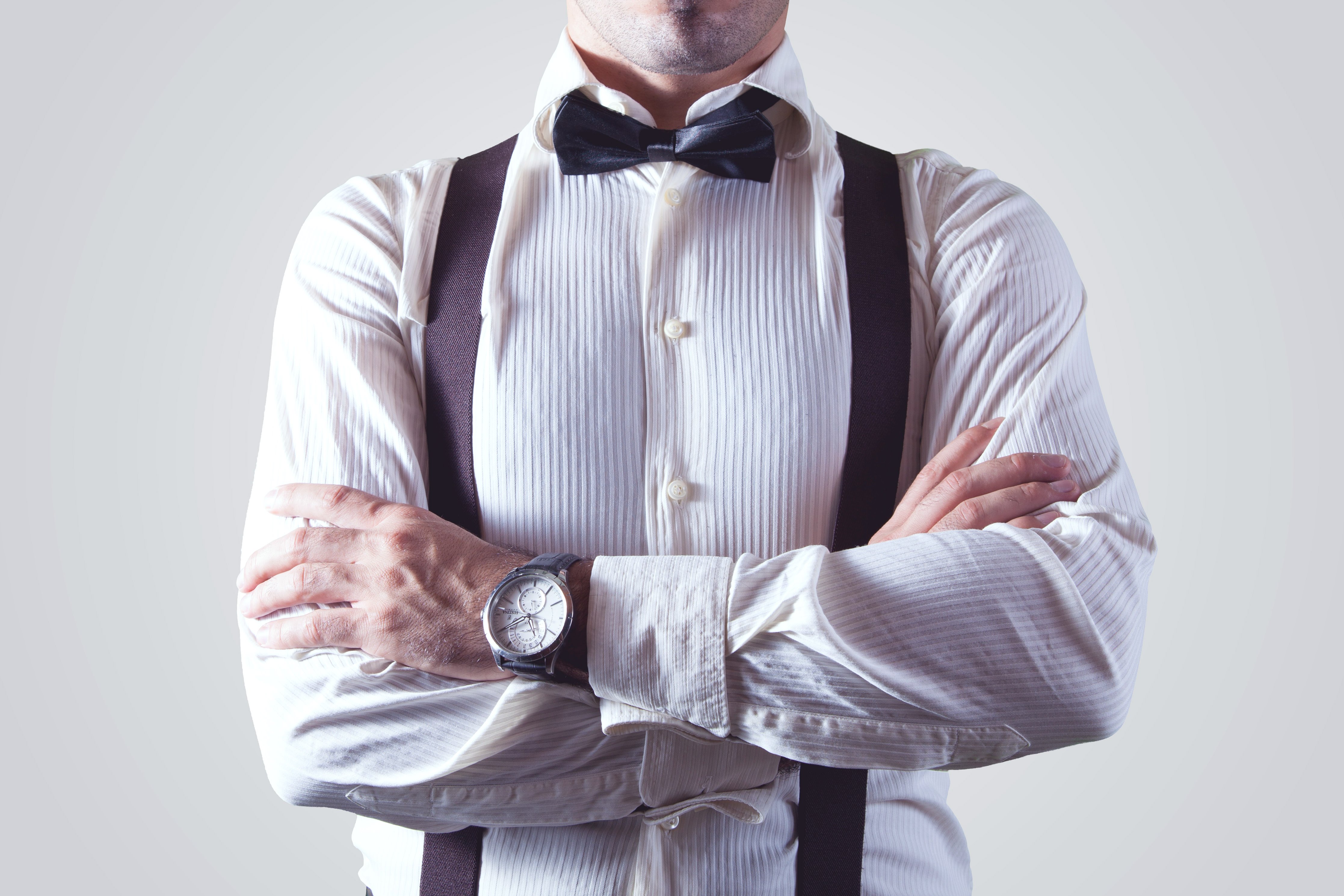 MAKE SURE YOUR BUSINESS ISN’T TWEETING ITSELF IN THE FOOT

Add to the list of “things we should probably all know by now:” Twitter has etiquette. Not just the usual “don’t use hate speech or threaten the President” stuff. There is an actual code of conduct.

I would bet most people don’t know that, but they should. Especially any business hoping to carve out a respectable online identity. Vulture contributor Adam Sternbergh took a microscope to the specific act of re-tweeting praise, but I harvested a larger viral lesson from his petri dish.

In a world where Twitter is often forgotten or dismissed (i.e. the boomers rolling their eyes at the need for “twittering”) it is important to understand its power. And more importantly, how royally it can eff up your digital presence.

Twitter is like a perpetual first date. It’s an incredibly brief encounter in which to make the best impression possible. You aren’t “supposed” to be on an interview, but everything you do and say is being scrutinized. And one false step can get you catapulted way past rejection into, as Sternbergh sharply put it, an Amish-grade shunning.

Do your brand a favor and grade your Tweet history on its adherence to the rules. You may just find yourself closer to digital spinsterhood than you thought.

Need help? Whitefrog offers a full suite of digital marketing wizardry, including the Social Media management that can make your business the most eligible catch in your market. 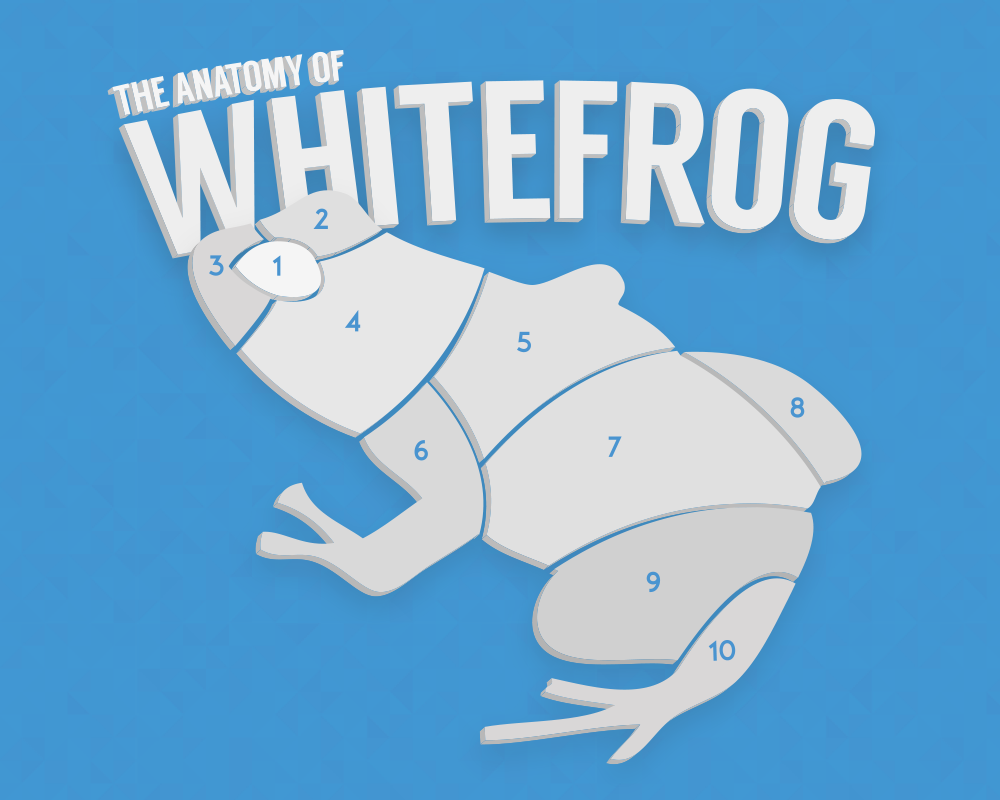 THE ANATOMY OF WHITEFROG: AN INFOGRAPHIC

Ever wonder what makes up a creative agency? Don’t worry, we’ve got you covered: 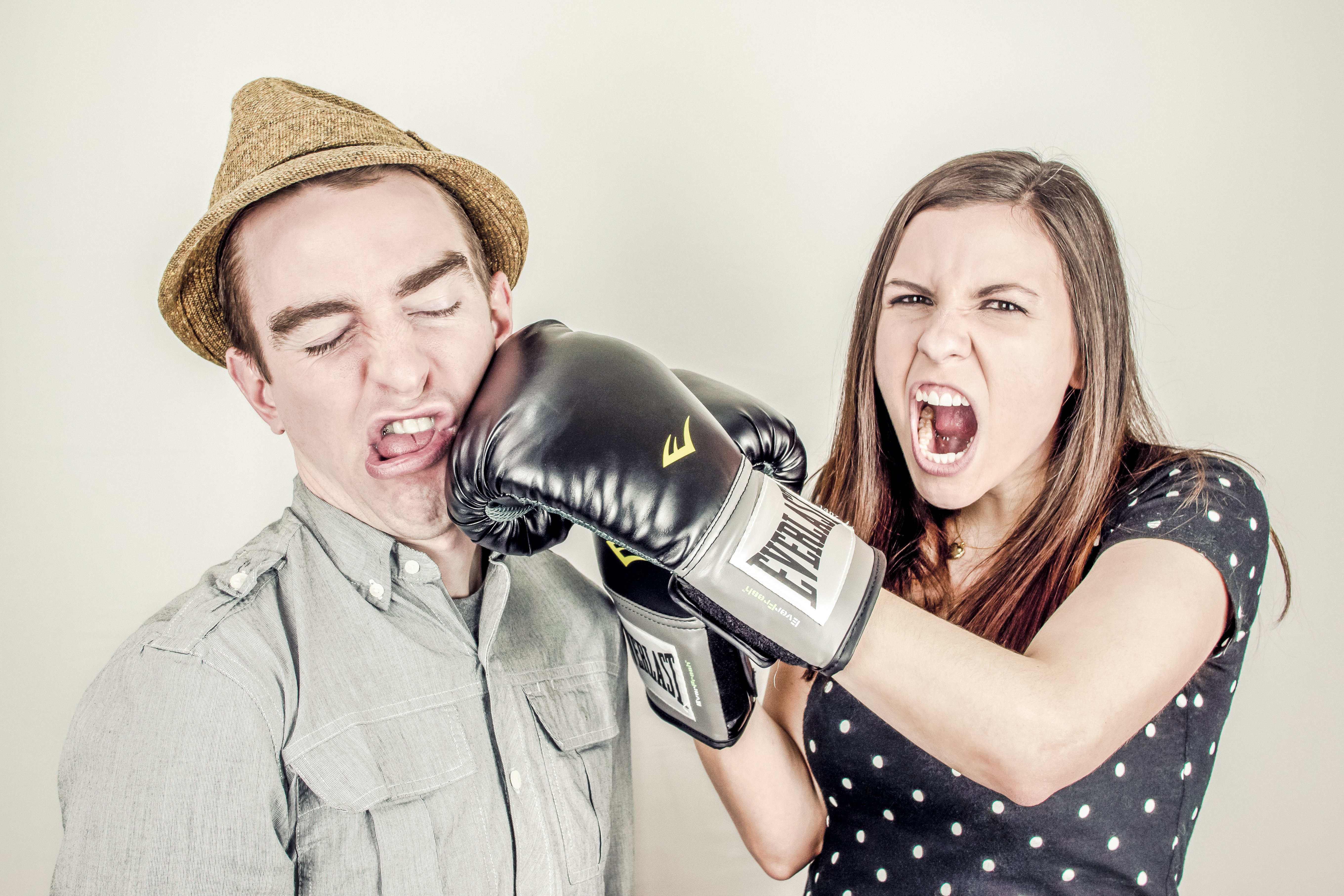 THE SKY IS FALLING! OH, AND BY THE WAY, SO IS YOUR RELEVANCE.

WHY HYPERBOLE AND COPYWRITING SHOULD BE MORTAL ENEMIES.

In the month of December I become a devout listener of a famous radio station playing holiday tunes all day every day. It is my attempt to soak up as much Southern California pseudo Christmas spirit as possible. If I can’t play in the snow, I at least like to listen to Bing and Rosemary croon about it.

By now I am used to my beloved silver bells being systematically interrupted so the station can give the folks paying for them a chance to peddle their wares. Being a marketing professional, I make a habit of actively listening to ads. I chalk it up to research (I wonder if I can write off gas now??). On one particularly sunny December day, cruising along the I-10 on my way to the office, I found myself wishing there was a rewind button on my stereo. Had I just heard what I thought I heard?

Did they REALLY just say that??

“That” was, in fact, a string of “thats.” And all were painfully ridiculous. A wireless phone company had paid a copywriter to tell us we were under pressure to make our holidays better than last year and that the thing that could bring, and I quote (through gritted teeth), “actual joy” to the season was a new phone. Not world peace. Not Santa being real. Not even a hot meal for a military vet down on his luck and living in a refrigerator box. Nope. A PHONE.

And let’s explore the ad’s implication of pressure. I-hope-I-don’t-burn-theturkey pressure? Real. Self-inflicted-holiday-oneupsmanship-over-yourself pressure? Not so much. Maybe I am just a zen master, but I thought one of the major, and wonderful, tenants of the season was slowing down to enjoy time spent with loved ones and reflect on the past year.

And considering how fervently audiences rail against the consumerism machine that time of year I was shocked to find a company actually pushing the idea of pressure purchases.

So, what went wrong?

First of all, this question begs a look into the origins of this kind of hyperbole in advertising copy. Fire up the flux capacitor and you’ll discover copy’s journey from fairytale, to parable, to anthem.

Once upon a time, claims did not need substantiating in order to be made. Anyone could claim any product did any number of things. What mattered to the consumer was that the jingle was catchy, there was a perceived reputation benefit, and the price was right. I mean, come on! The tobacco companies used to tout health benefits to Ward and June. Of course we all know how that story ends- our guardian Surgeon General angel swept in to make sure we knew about the birth defects and deadly illnesses. But how did that kind of slithery, half-truth rhetoric manage to survive?

Fast forward to the 1970’s. The world was becoming responsive to the idea of spreading love, creating unity, and learning from the mistakes of pre-civil rights days gone by. Post-Woodstock the free love movement was going mainstream. And by that, of course, I mean the mainstream was watering it down enough for the average feather-haired housewife. Seemingly everyone was attempting to number the roads down which a man must walk before calling himself a man. Even the crimson cola giant had a campaign centered on fizzy, world-traveling love. And it all worked like gangbusters.

The explanation is just one of the origins of this type of copy. Emotions. Love, passion, compassion, conviction, empathy, sympathy. Advertisers began to realize the power of eliciting an emotional reaction and the lengths to which people would go to defend or support those reactions. More pointedly, how much they would spend on products associated with the reactions they deemed positive.

Fast forward again to present day and we are positively swimming in the latest iteration of this emotion-based evolution- “sadvertising.” Which really could also be laughter-vertising, or hope-vertising, or just emotion-vertising, but those are just mouthfuls of marbles nobody wants.

I first caught wind of this term from our heroes over at Fast Company. They explored this practice of writing ads aimed at pulling on heartstrings. Or brainstrings. Or any other emotional ligament that would cause the audience to feel a very specific something.

The result is an insanely powerful call-to-action based on not simply influencing consumer behavior, but also on cultivating a deep conviction about the behavior. Consumers with fierce brand loyalties tend to believe in the values of the brand because they identify with them or aspire to them. This is so far beyond just wanting to look good because of a product; it is the desire to BE good because of a product. 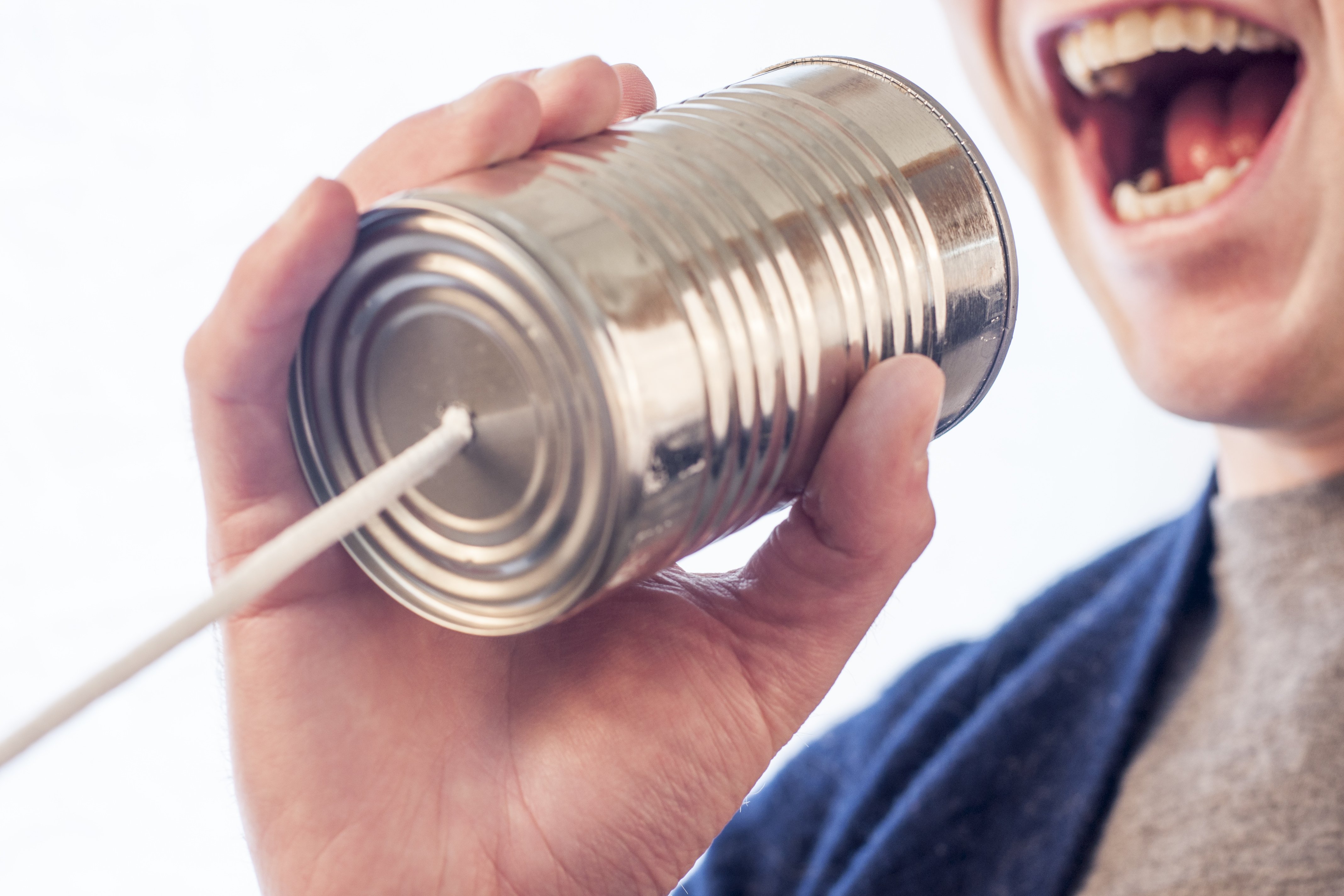 Modern day consumers are too smart for hyperbole. They respond to the emotional connection of sad-vertising because it is about who THEY are, not what the product is.

You may be thinking “the cell phone people tried to connect to an emotional need for a successful holiday.” Technically, yes, but they missed the mark by simply shouting something inflammatory to get attention. They attempted to shame us into buying their phone because without it we’d fail to surpass last year and thus feel no joy. Had they offered us a path to reducing the stress of impressing our proverbial mothers-in-law by having a phone that would help us execute a successful holiday gathering by staying organized and connected, THEN they would have hit it.

The key? Make people feel something REAL. Stir them. Excite them. Challenge them. Stop trying to dupe them and ultimately you will CONVERT them.

So, what say you? How do you feel about Chicken Little ads? What do your favorite brands do to win your loyalty? Leave us your comments below.

Whitefrog specializes in creating compelling and effective brands and advertising. Give us a call and we’ll keep the sky from falling.